Willie on the battleground of love

I told Willie once that I’d grown up thinking he was a rock star.

When I was a kid in south Minneapolis, my brother had a 45 of “Magazine Lady,” from Willie’s album with John Koerner, “Running Jumping Standing Still.” I loved the way the song moved, and that Elektra disc was in heavy rotation whenever I racked up singles on our old Garrard changer — Willie and Koerner right in there with Elvis, the Stones and James Brown.

But I didn’t really hear Willie until I was of drinking age, in what turned out to be the final days of the Bees, holding court for a passel of reprobates at Moby’s like the Mos Eisley cantina band in “Star Wars.” It was a messy time, and I didn’t realize how how fleeting that moment would be. Soon Moby’s was gone, and the Bees too.

Willie went on to solo infamy, a man hitting a piano, drawing barflies at the 400 as he dug into oldies like “Spanish Harlem.” But I missed his big band and those twisty, jazz-refracted horn lines that sound like no one else. I know Willie missed it too. When he formed the Angel Headed Hipsters, it felt like he was fully in his element again.

That’s when I finally got to know him, hanging out on the side patio at the Eagles Club in his cutoff shorts, smoking a chewed-off stump of a cigar, talking about movies or Italy, artists he admired, people he had no time for. I’d pick up the phone at work and hear a growl: “It’s Willie.” For some reason, he liked me; who knows why. I do remember bonding over Allen Toussaint.

In 2010 the Strib did a big story on him when Red House released “A Shot of Love in a Time of Need,” but he’d needle me: “That Riemenschneider guy is OK, I guess, but when are you gonna write about me?” It was a compliment but also a challenge. I wasn’t sure I could do justice to his complicated nature. That might take a lifetime, and then some.

I finally did a short piece of sorts for his last album, “DirtBall.” He invited me by the house so he could give me a CD he’d burned. We chatted while I eyed his record collection, then excused myself to take a leak in the only bathroom I’ve visited where a person could sit and contemplate a Mike Lynch print. Then it was goodbye.

I listened to the record a couple times, called Willie to ask him about it, then pulled together a few paragraphs to tip people to his first-ever crowdfunding campaign. Soon he was in the hospital. I talked to him by phone but never saw him again.

So here I am again, Willie, trying to put feeling into words. Writing can be an act of love. Courage, too. “In a world filled with fear, we will fight for love,” Willie sings on that final album, his voice raw, making you feel every word. Words to live by. Fighting words. The Irish Catholic kid from St. Stephen’s was always a scrapper, but in the end it was all about love. 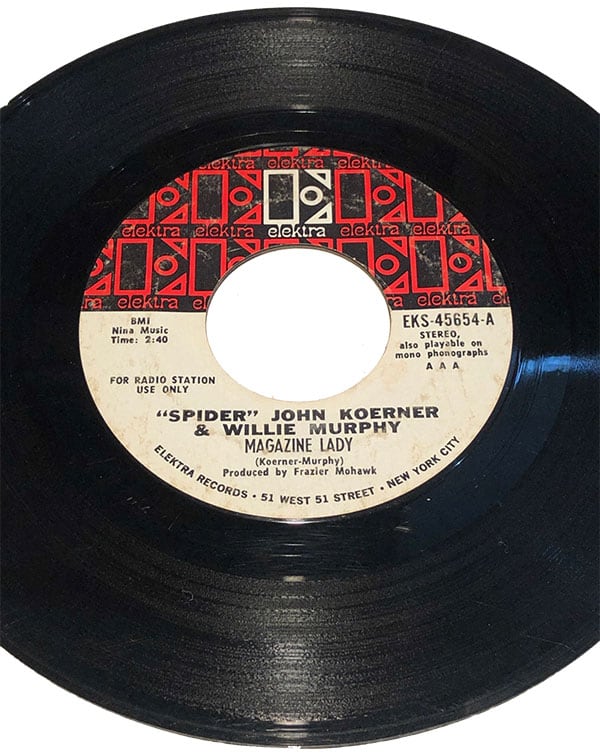