Remember Willie Murphy?  Of course you do. We all do, and this is a site for all – the hundreds of people that knew and loved this amazing person. His untimely death shocked everyone – some of us are still processing – so this memorial website is a place for all who loved him to gather, remember his many talents and celebrate the force of LOVE that was Willie.

First and foremost, of course, is his music.  We lead with a page documenting of all his recorded music – “true music” as he called it, with track listings, credits, original art, and links for where to obtain it, when available.  Then there’s a page of performance videos featuring his different bands and bandmates. There’s a photo gallery of him with all his looks.  There’s a page of tributes collected after Willie died, written by people you probably know; some are still arriving.  On that same page there’s footage from “Fairytales,” the celebratory musical tribute held at the Cabooze in February 2019.  And since Willie was about so much more than just music – he was deep into film, books, ideas, travel, life, love, food, espresso, cigars – we’ve included a Willie’s World page to reveal more of the inner Willie.  And there’s Neighborhood, a page for bandmates, friends, fans, lovers, and neighbors to drop in and share thoughts – because as Willie sang it, “the world is a neighborhood.” 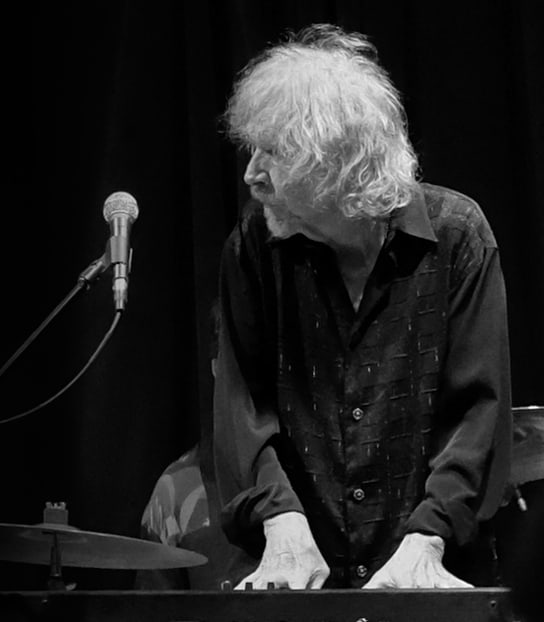 (Ed. Note: the majority of this bio was written decades ago by Willie, with the assistance of Elka. We think he’d would be fine with using it here!)

Took:
Piano lessons from age 4, first from mother, then nuns. Sang in choir at age 3.

Started to Play Piano Like:
Fats Domino, Huey "Piano" Smith, Jerry Lee Lewis, Little Richard, and later, Ray Charles; skipped school often to hang out, smoke, and "pound out a little beat", sang doo wop with friends on nighttime corners after sneaking out of the house.

After High School:
Got in South Minneapolis R & B band “The Versatiles.” Played Mattie's Bar-Be-Que. (Pay $2 - $10, depending). Got in Val-Dons, (singing group with Choreo.) Got in Big Ms, later Nobles. These groups played Wilson Pickett, Ray Charles, the Impressions, Blue Moon by the Marcels, etc. Read a lot, smoked pot, drank, wrote songs, heard the Beatles, Motown. Played with Dave Brady and the Stars; Did Temps, Impressions, 4 Tops, etc.

Koerner Decided to:
Make movies instead of band tours.

Elektra Records:
The label wanted another Koerner-Murphy album — didn't get it. Offered Murphy a job as Elektra house producer on strength of Murphy's de facto producing of RJSS, one of Elektra founder Jac Holzman's faves — didn't take it.

Murphy:
Turned down offer not wanting to live in N.Y. or L.A. Thinking (somewhat mistakenly) "I'll go back to Minneapolis and make records there" (anti-establishment rebel, etc.).

Acted:
In Koerner movie 'The Secret of Sleep."

Played Music:
Willie and the Bees, big R & B band, played lots of originals, lots of R & B covers, soul, funky. Dance your brains out forever...

Kept On:
Playing with the Bees, touring old Greyhound bus, drinking, drugs, having a ball, shows with J. Brown, Muddy, B.B., Dr. John, Bonnie R., etc. Arrogant of "Success". Never tried to get a "deal". Challenged Stones to pool tournament and battle of the bands. Would have won. They were scared.

Recorded:
Two albums with W. and the Bees — one a funky four track on Dave Ray's label SJL; the other an (at the time) state of the art 32 track digital on Sound 80, an audiophile label. Neither record captured the live throb of the Bees.

Burned:
Out on drugs, drinking, insanity; quit the first two; a couple of years later quit doing W. and the Bees (after 14 years) realizing "this shit could go on forever, I want to try some other things."

Got Pegged Inaccurately As:
A "Bluesman".

Sat in the Dark:
Went to films, films, films.  On the big screen, the way they are meant to be viewed.

Reunited:
Played two memorable Bees reunions after decades of hiatus. First time sold out First Avenue, next time Cabooze. Not bad for a bunch of septuagenarians.

River Walked:
Spent years walking the Mississippi River, and Riverside Park, daily with Clyde.
[Editor note: Clyde passed away 6 months to the day after Willie passed.  Thanks to Jon Engstrom for caring for him.]

A Manifesto for Love and Revolution:
Finished Dirtball. Released it at 75th Birthday Party.  Final completed project.  Now it’s time to go…. Beyond…